Types of GPS Tracking Devices: Which Is Best for Your Car? [A Simple Guide] - SEEWORLD

Types of GPS Tracking Devices: Which Is Best for Your Car? [A Simple Guide]

You’ve probably seen the movies where a spy secretly attaches a piece of small hardware to the bottom of a vehicle or the inside of a trunk, and then the car drives away, allowing the spy to follow the car’s whereabouts.

While some other films have a quarter-sized piece of gear that does the same function.  So, what’s the difference between these gadgets and the plethora of other GPS devices? Are all of these GPS tracking options are effective?

And why do some need to be plugged into automobiles while others can run for months on batteries? Let’s take a look at the types of GPS trackers available and popular in the market and which GPS tracking type is best for you and your car.

GPS relies on a network of satellites (each of these satellites sends out a signal) circling the Earth to determine location. The signals sent out from the satellites are received by special receivers, which are used to triangulate their position about the satellites.

We often call the device that uses the satellite network to determine its location. But if it utilizes another method, such as triangulating its position against cellular towers, it is not a GPS device technically.

However, many people use GPS as a catch-all phrase for anything that calculates location, which causes some misunderstanding.

Some individuals are also perplexed by the fact that GPS may be utilized for a variety of purposes. It is frequently used to determine directions and this is called GPS navigation.

When a gadget shares its position with outside monitors, it is referred to as GPS tracking.

Computer networks even employ GPS to create a common clock across several devices. If a gadget receives its data from the satellite network, regardless of how it is utilized, it is a GPS device; if it does not, it is not.

The majority of vehicle and equipment GPS trackers are designed for cars and bigger pieces of equipment like boats and trailers.

But they can still be relatively tiny, frequently less than the size of a smartphone. And many of them get power from the automobile, they don’t require huge batteries to run (although a backup battery is a good idea).

Typically, these gadgets use a cellular connection to disseminate the information they collect. Remote users can then utilize a mobile app or a secure online connection to retrieve the GPS tracking data.

We are going to talk further in the following section: 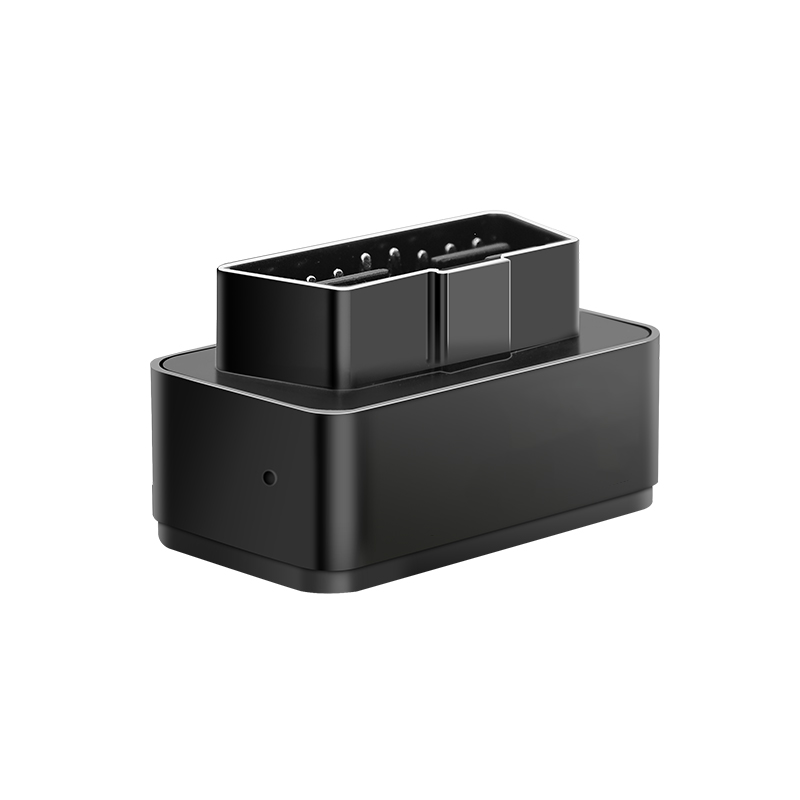 GPS trackers that connect into a car’s port are called plug-in GPS trackers (also called OBD GPS trackers). Since the mid-1990s, all cars in the United States have been required to have an OBD II port, where mechanics plug their computer into it to obtain data from the car’s sensors.

Although the location of the OBD connection varies with every vehicle, it is commonly found beneath the steering wheel or slightly above the driver’s knees.

The plug-in GPS tracker may also get power and data through the port. Plug-in trackers (like the Seeworld S709 OBD tracker) are compact, easy to install, and can detect whether a vehicle is on or off. This plug-and-play feature allows you to effortlessly remove it and use it on as many vehicles as you choose.

S709 OBD tracker allows you to switch between active and sleep states (which report data less frequently to avoid draining the car battery).

It also allows them to receive notifications anytime a vehicle is started or stopped. Both personal and commercial customers will benefit from plug-in models. 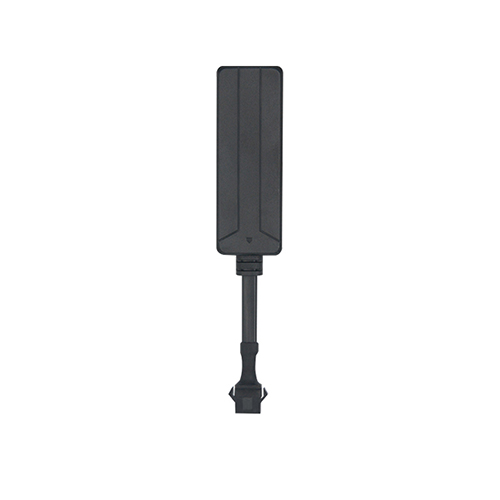 Hardwired vehicle GPS trackers (such as the Seeworld S102A real-time tracker) are connected to a car directly.

This hardwired GPS tracker can be used if the vehicle lacks an OBD II port (Older automobiles may not have an OBD port, and diesel trucks may utilize a separate OBD standard that isn’t compatible.)

If you are looking for a hidden car GPS tracker, this type of device would be your go-to choice. They can be hidden but won’t have a negative impact on their functions.

They are often positioned under the dashboard because they cannot be connected to the OBD port.

However, if installed correctly, they retain all of the benefits of the plug-in tracker. A hardwired GPS device may provide more freedom to users than a plug-in type in some instances.

Moreover, in the field of personal use, a hardwired GPS unit may be the best alternative for a family who wants to track their diesel vehicle or a hybrid automobile. 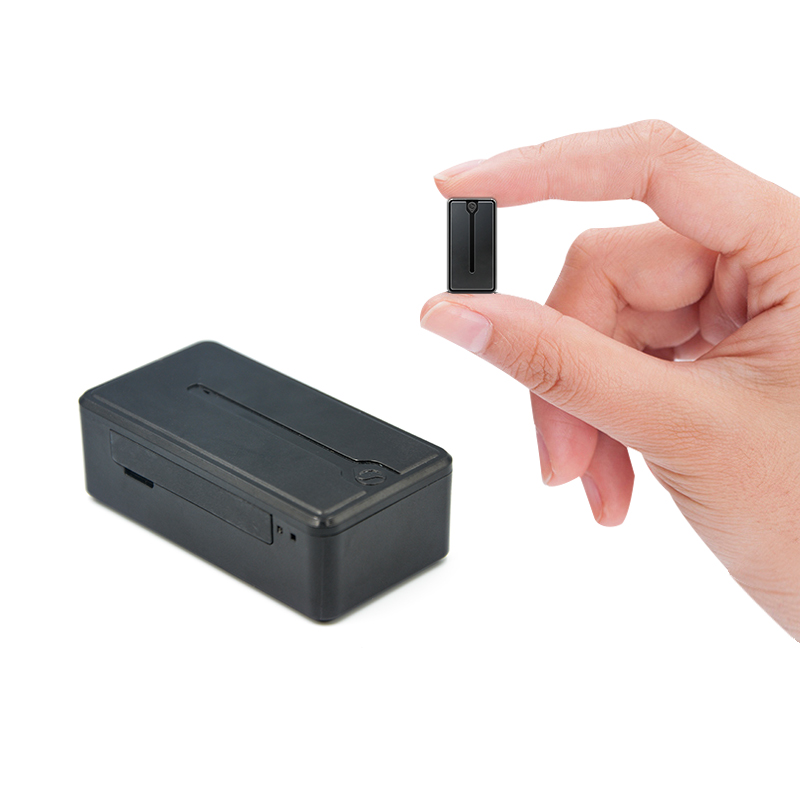 The Seeworld S11 is a battery-operated GPS tracker that does not rely on the vehicle’s power supply. S11 trackers are powered by their long-lasting batteries. They broadcast their locations to monitors much like any other tracking device.

S11 can be used on trailers, such as towboats or motorcycle haulers. They may be mounted on cargo containers, dumpsters, and even construction equipment.

The batteries of the S11 are quite strong and can last for months (or even years) without needing to be recharged.

Which Types of GPS Car Tracker Should I Choose?

After knowing these GPS auto trackers, the next important issue is: which one should I choose?

We are going to answer this question based on their benefits and drawbacks. However, keep in mind that the objective you have will dictate which tracker type you choose.

Installing and uninstalling is a breeze. Like we said before, this plug-and-play feature of an OBD plug-in tracker allows you to effortlessly remove it and use it on as many vehicles as you choose.

And some individuals prefer this way of connection since it is simple to set up and requires no special tools. Simply attach the GPS tracker to the OBD port.

Another benefit of an OBD GPS car tracker is its portability. Fleet managing companies and other transporters take use of the plug-in GPS tracker mobility.

You may swap it between vehicles and instantly start obtaining vehicle diagnostic data because it is compact and easy to install and uninstall. It’s also cost-effective because it doesn’t require any additional attachments to work.

Once installed, metrics like fuel use may be easily monitored, allowing the driver to make rapid judgments about the quickest route to his or her destination. And this function is called “in-cab driver coaching.”

The in-cab driver coaching GPS tracker has a subtle warning system that assists in guiding the driver through various driving behaviors such as guidance through specified drive routes to a destination, speed limit, sudden application of brakes, and quick acceleration.

Due to its form of connection and position, the OBD car tracker is plainly visible and it may approach too close to the foot pedals, causing some driving difficulties.

And also, keep in mind that once you disconnect, the tracker will lose whatever connection or contact it had.

The plug-in GPS  tracker will be stolen easily because this plug-in GPS tracker is so simple to remove, it may be destroyed and stolen if it falls into the wrong hands. As a result, the ease of installation not always be a benefit.

Also, because of the location of the OBD connector, anyone who understands what a tracker is can easily recognize it.

If a car is hacked and the thief notices the OBD car tracker, he may simply remove it and carry out his malicious plans.

Hard-wired GPS car trackers, as the name indicates, are plugged directly into the vehicle’s wiring. This technique is preferred by some users, especially if their car lacks the OBD port, which is required for non-wired trackers.

We’ve noted that most new automobiles lack an OBD port, which is one of the reasons why consumers prefer the hardwired connection method.

The tracker may be hidden in any section of the car, which is a huge benefit of the hardwired connection over the OBD connection. No one will know it’s there because the cables aren’t visible, let alone where it’s being hidden.

The hardwired GPS tracker can only be used for one car, unlike the OBD tracker, which can be switched among many vehicles. You wouldn’t want to spend as much time uninstalling it and installing it in another vehicle.

It is not friendly to car owners. The hardwired tracker can only be installed by a skilled technician. And even the best of them might take up to 30 to 40 minutes to install; picture doing it yourself.

Wireless GPS trackers have built-in batteries so they can work without relying on the power of a vehicle.

These wireless tracker is waterproof and can be used outdoor and certified to IPX7 standards. Trailers and remote equipment benefit greatly from these products.

The installation is simple. It can be mounted in any place, as long as it can observe GPS satellites and interact with the cellular network.

Other Type of GPS Device: Wearable GPS Trackers for Personal Use and Pet Tracking

Hikers and hunters can use them to communicate their locations in the event of an emergency. Some even feature a button that may send out a distress call and their location, generally through cellular networks.

Many wearables device claim to be GPS devices, but they aren’t.

It is critical to understand how a tracking device obtains its position data. Some pet collars, for example, may utilize GPS while others use Bluetooth.

The non-GPS tracking system, on the other hand, provides a number of advantages. They could, for example, make a wearable lighter. They’re also a better way to keep track of little goods.

GPS trackers indicate their position in relation to satellites to the degree of precision of a street address. That’s OK for a car, but if you want to know where your keys are in the home, that’s not possible with a GPS device

Seeworld provides all these three GPS tracking options for vehicles and equipment. And you can profit from data-driven solutions whether you run a rental car company, a sales operation, or a transportation firm.

Contact our sales team to safeguard, monitor, and track your fleet effectively. We’re happy to address any questions you have concerning fleet management.

Are Dash Cams Worth It or Not?

Dash cameras have more uses than just posting wacky driving videos on YouTube, which is why people purchase them. Although having a dash cam won’t

Electic Scooter Sharing: Benefits & How Does It Work?

Does having a car sound like a burden? Thousands of people, particularly when it comes to conventional automobiles, might relate to this feeling. Driving a

A car GPS tracker can be a helpful tool. But how accurate are GPS Tracking devices? The advancements in technology regarding GPS tracking devices and